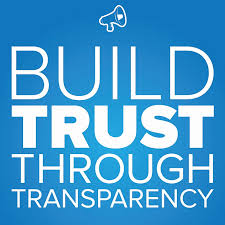 MUMBAI - Shares in CESC dropped as much as 17.7 percent on Friday as investors questioned why the Indian power utility has agreed to buy a stake in business process outsourcing company Firstsource Solutions Ltd. CESC said on Thursday it would purchase a 49.5 percent stake in Firstsource for 3.95 billion rupees. Including a mandatory open offer for another 26 percent of Firstsource shares, the total purchase could amount to around 6.5 billion rupees. CESC said growth opportunities in the power sector were getting challenging, while returns were no longer as lucrative. Citigroup downgraded CESC to 'sell' from 'buy', saying the acquisition was "unrelated" to its core business, while noting the utility's prior record of diversification into the retail sector "has been poor." The bank added buying Firstsource would increase CESC's leverage and depress profits, and cut its target price to 300 rupees from 345 rupees. CESC shares were down 14.2 percent to 283.70 rupees as of 10:10 a.m. (Reporting by Manoj Dharr, Abhishek Vishnoi; Editing by Rafael Nam)